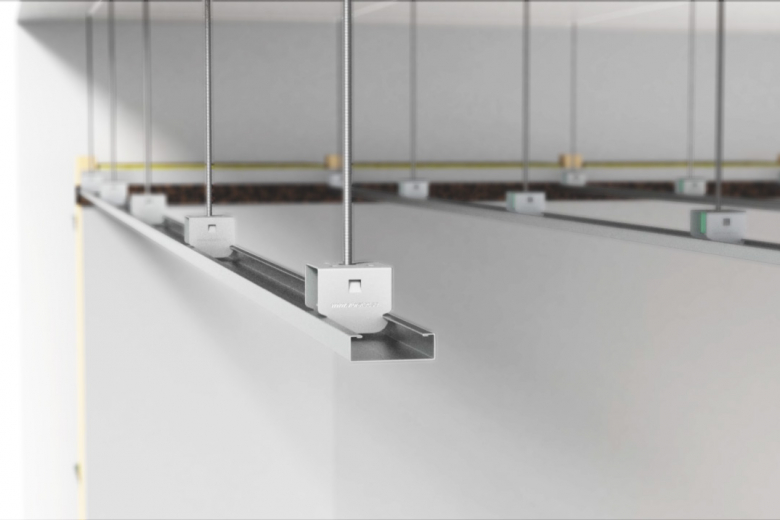 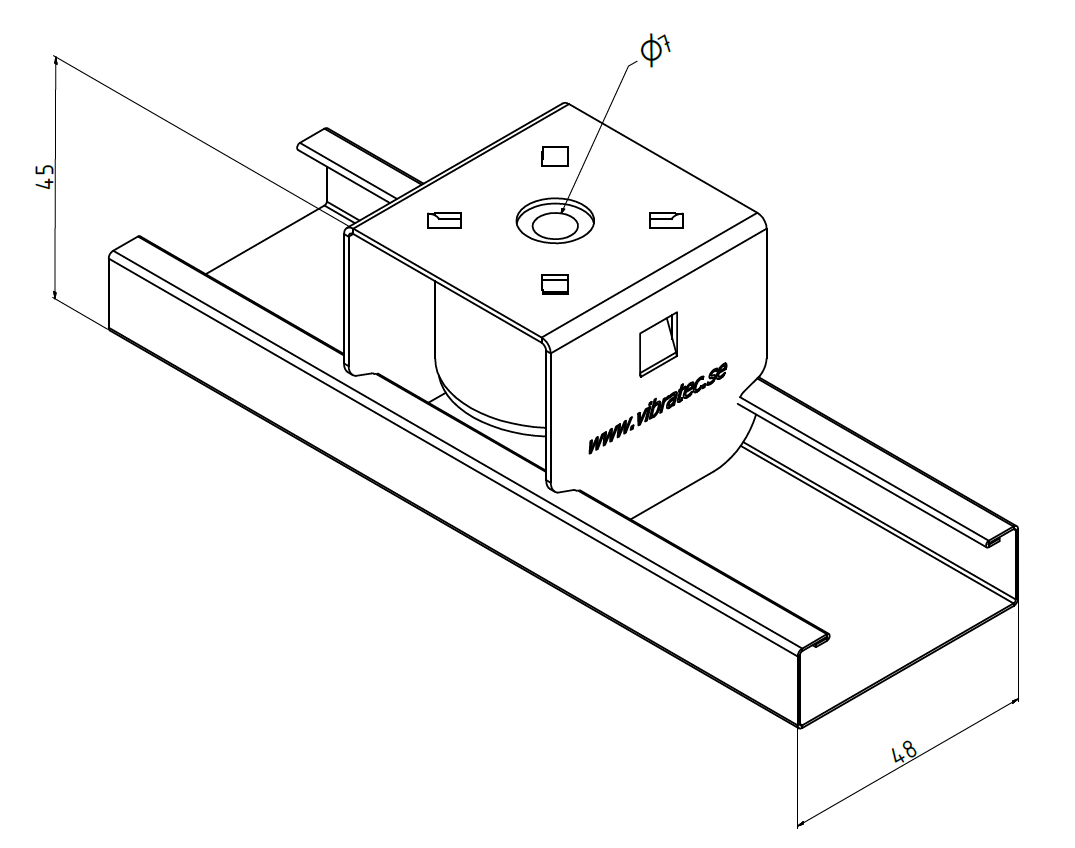 The VT-SFC Single Frame Ceiling System is designed to optimise the sound insulation of suspended ceilings. The system comprises of VT-SFC hangers and profile rails (CD5015).

The hangers are mechanically fixed to the ceiling and the profile rail is clicked on to the hangers. Plasterboard can then be fixed on to the rails. VT-SFC hangers must only be used with the profile rails CD5015 to ensure structural stability of the ceiling. A self adhesive elastic strip VC1001 should be used to isolate the suspended ceiling from surrounding walls to avoid undermining the acoustic integrity of the ceiling.

Mineral wool should be used in the air void to absorb possible standing waves in the void.